One word to describe this race, unexpected. But, unexpected in a good way. I stumbled across this race only a few weeks ago and found out it would mesh well with my 100 mile training. I love to use races as training runs when I can. Makes training more fun, especially when your long runs climb over the marathon distance.

I've said it before and I'll say it again, I love, LOVE, small race venues. I think they really target the roots of running. I grabbed my bib and was informed by the race director to head towards a pedestrian bridge to find the start line. I jogged over to where I saw a small group of runners. I saw a sheet of paper tacked to a trail post that said "50K Start" so I figured I was in the right place.

The course, a 4.5 mile loop in Trap Pond State Park in lower Delaware, was mostly a crushed rock/sand surface. To complete the 50K, we would circle the loop 7 times. With only 13 runners (including myself), this was the smallest race I've ever participated in. There was also a marathon and half marathon going on concurrently, so the trails weren't too empty during the run.

A simple countdown from three and we were on our way. One runner (and eventual winner) bolted off ahead the rest of us. I settled into a comfortable pace and enjoyed the scenery around me. The majority of the loop weaved around tall, beautiful pines. When I looked off the trail in any direction, my eyes got lost in the maze of pine trunks. Pine needles covered the forest floor and trail. With the sun just rising, it made for some awesome nature eye candy.

After the first and second loops, I was in 5th place. However, I knew that the 4th and 3rd place runners weren't too far ahead as I would see them from time to time on the longer straights of the trail. Seeing them made me run a little harder then I had planned to, but I the idea of being able to run 3rd in a race was too enticing. So what if it was only a field of 13 runners? I had never run in 3rd place, let alone finish a race in 3rd, and I wanted it!

By the middle of the third lap (mile 12 or so), I caught up to the 3rd place runner. A quick thought crossed my mind to just settle in behind him and run his pace for awhile. But, I wanted 3rd, so I took it. Once I passed him I put in some harder miles to create a gap between the two of us. I quickly found myself in a position I'm not use to. I was 3rd in a race! It was a pretty cool feeling!

Loops four and five went pretty well for me. I was able to hold my pace, but my stomach was starting to bug me. For early April, it was pretty warm and I was sucking down extra fluids. Unfortunately, I think I over compensated on the fluids and as a result, was having hard time eating solid foods.

When I headed out for loop six, I was starting to feel pretty nauseous. The only calories I was able to take in for the remainder of the race was the Gatorade and soda at the aid stations. I was still able to maintain a pretty decent pace, but I was starting to suffer. When I set out on my last loop, I was running painfully slow. I was still in 3rd, but certain I was gonna get caught soon. Sure enough, 2.5 miles from the finish, the 4th place runner blew past me and all I could do was watch. I had nothing left in me to fight back.

The last two miles were pretty rough. The hard pace I had run earlier, the heat, and the lack calories all caught up to me. Needless to say, I was very happy when I reached the finish line. While I was disappointed that I missed out on finishing 3rd, a new PR helped cheer me up! 4:40:52! I had left everything I had on the course, so in the end, I was happy. My thanks to the race team that set up this event. Even though it was tiny, the support was great. I had a lot of fun! 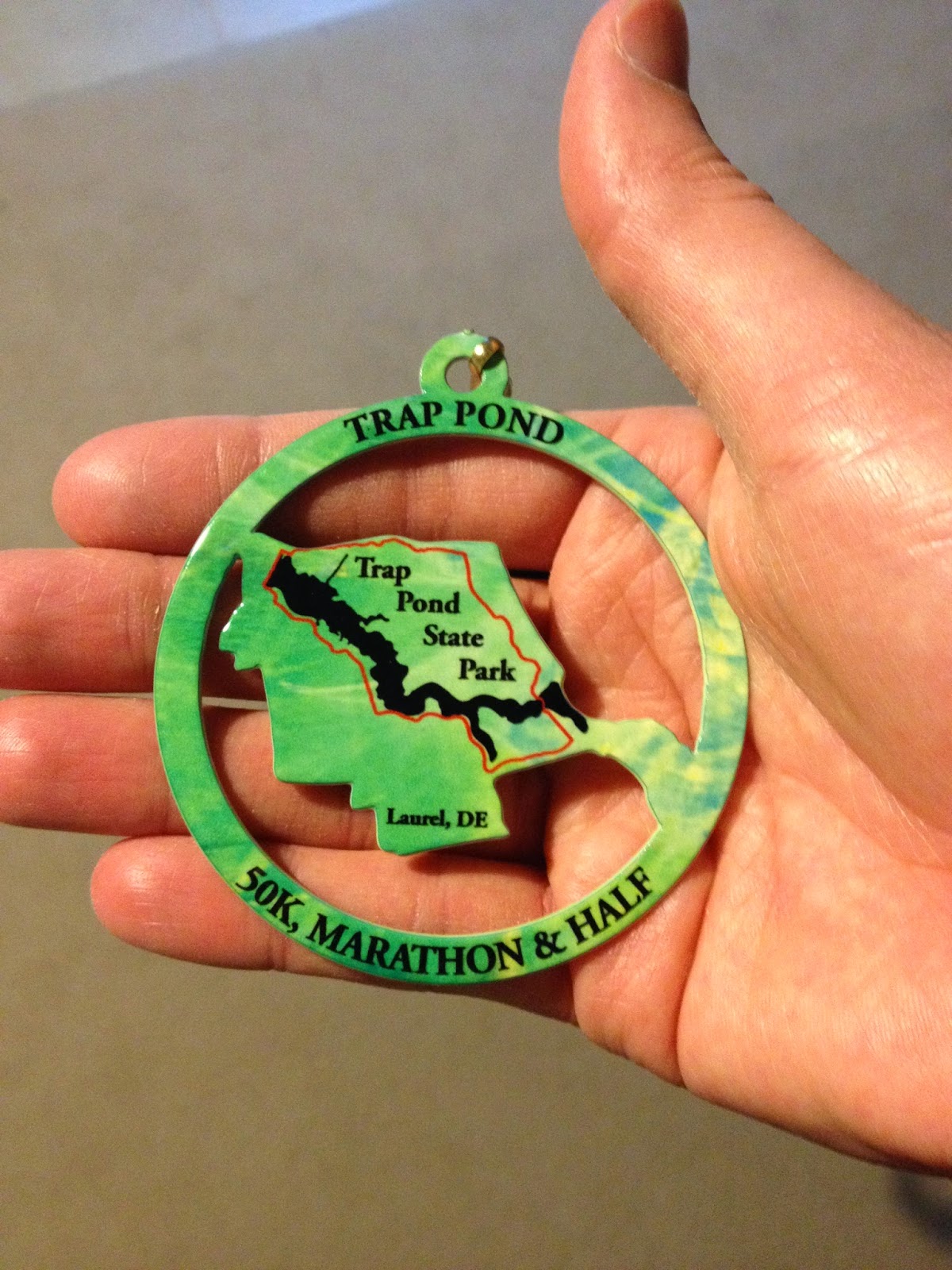 Posted by Doug Cassaro at 1:35 PM
Email ThisBlogThis!Share to TwitterShare to FacebookShare to Pinterest